Ambush predators are “sit-and-wait” strategists, capturing prey by stealth and speed.The ambush is characterized by an animal scanning the environment for a concealed position to launch a rapidly-executed surprise attack.Ambush predators are often camouflaged and solitary in their pursuit of prey, subjecting the predator to less risk of itself becoming prey.Praying mantises have exceptional camouflage.In addition to effective camouflage, praying mantises remain motionless for long periods of time until an acceptable prey item comes within reach---striking quickly and with precision with its raptorial front legs.(Unfortunately, the strike of this mantis was faster than the finger of this photographer when it captured a small native bee species).Foreleg grooming is a closely associated behavior after eating.When mantises do move, they are deliberate---often traveling forward and gently rocking back and forth, blending in with foliage swaying in the breeze. 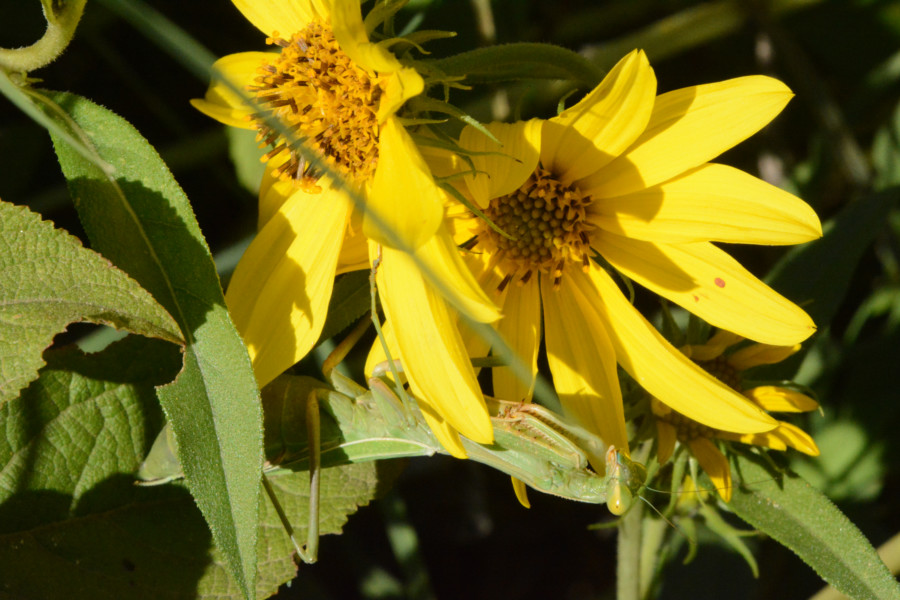 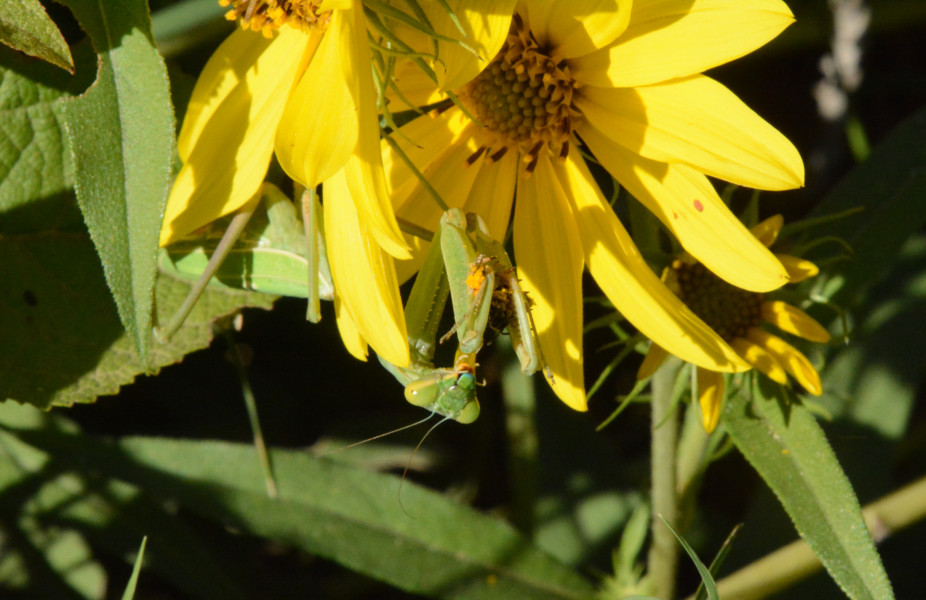 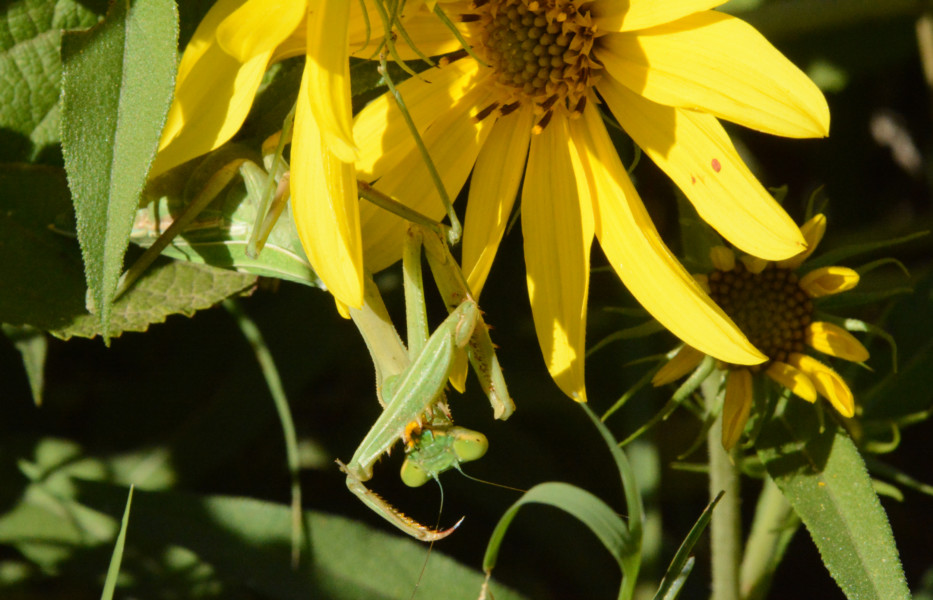 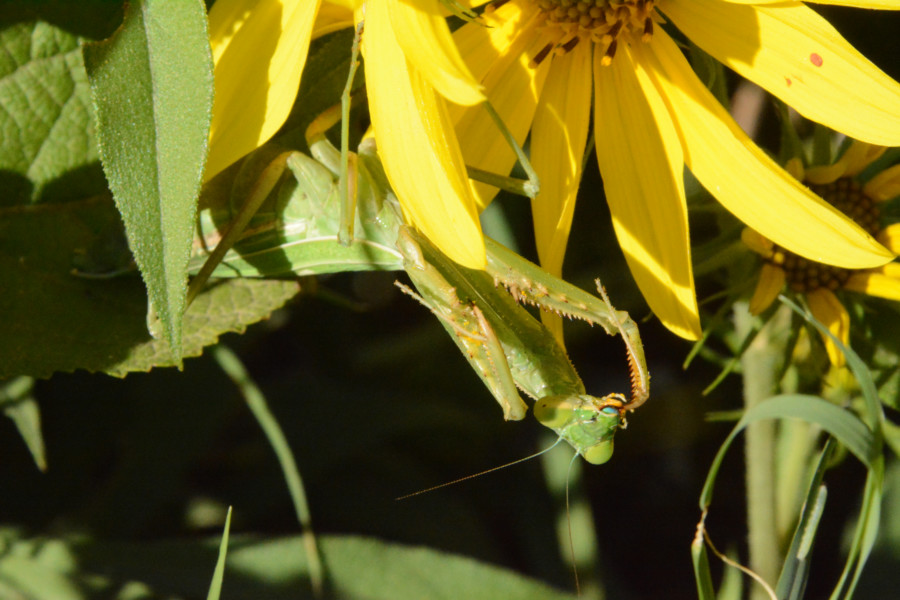 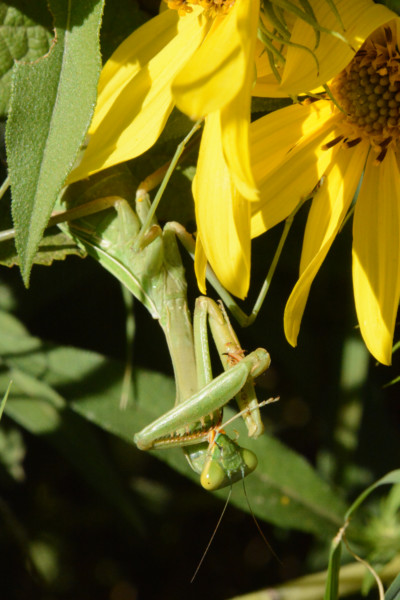 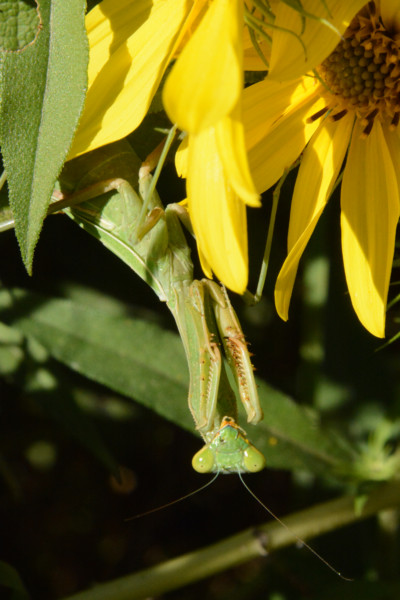 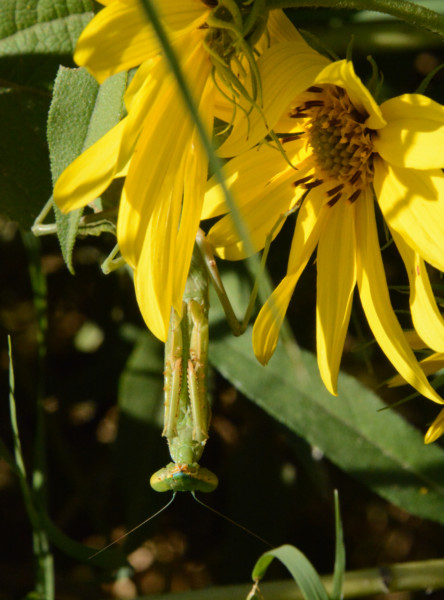