American spadefoot toads (Order Anura, Family Scaphiopodidae) are native to North America. The family is small with only seven recognized species. American spadefoot toads are fossorial, or burrowing anurans. The body of a spadefoot is round and plump with short legs and protruding eyes. The name “spadefoot” comes from the presence of a single hardened sharp-edged spade on the sole of each hind foot enabling them to dig backwards into loose soil. There are several characteristics distinguishing spadefoot toads from true toads (Family Bufonidae). True toads have two tubercles on the sole of each hind foot instead of a single spade. True toads have copious warts compared to the relatively smooth skin of a spadefoot with a few warts. True toads have horizontal pupils in contrast to the vertical pupils of a spadefoot. True toads also possess a pair of well-developed defensive alkaloid-producing parotoid glands on the neck, back, and shoulders which are lacking in spadefoot toads.

Adult spadefoot toads consume invertebrates---insects, spiders, myriapods, earthworms, and snails. The diet of the tadpoles, however, varies with the surroundings and the availability of food. Newly hatched tadpoles feed on algae and plankton, but after a few days they become carnivores, and sometimes resort to cannibalism under stressful environmental conditions.

Spadefoot toads are found mostly in arid and semi-arid environments spending most of their lives underground beneath moisture-retaining areas or in rodent burrows. When sufficient rain comes, spadefoot toads come to the surface, often in huge numbers, to reproduce. Water is vital for the fertilization of spadefoot toad eggs and to the metamorphosis of the tadpoles into adults. Spadefoot toad activity is greatest in the rainy seasons of spring and summer. After a good rain, males emerge from their burrows in search of standing pools of water. After locating a pool, males produce species-specific calls to attract females. In arid regions, pools of water are ephemeral, so mating occurs the first night after a rain.

Couch’s Spadefoot Toad (Scaphiopus couchii) is one of the more strikingly colored of American spadefoot toads. The color varies from bright greenish-yellow to brownish-yellow. The back is covered with an irregular blotching of dark green, brown, or black; the underside is white. The skin is covered with many small warts…some light and some dark. The spade of the Couch’s spadefoot is uniquely sickle shaped.

The mating call of the male Couch’s spadefoot has been described as a plaintive lamb-like bleat lasting but a second then declining in pitch. The sound of a large chorus can be heard at great distances. I look forward to a warm, muggy evening after a rare heavy rain in West Texas between April and September… I listen for the batrachian serenade coming from nearby fields to my home in Odessa. (The series of included photographs of this Couch’s spadefoot were shot over several nights as the spadefoot came to feed on the insects attracted to the porch light). As with almost all other anurans, fertilization of Couch’s spadefoot is external with females laying their cylindrical egg mass attached to submerged plant stems. The tadpoles hatch within 36 hours and transform into little tailless toads in 2-6 weeks before all pools of water evaporate.

Couch’s spadefoot toads are inhabitants of short grass prairies and mesquite savannahs, but they are also adapted to more arid regions of creosote desert. Their range extends from southwestern Oklahoma to central New Mexico and Arizona down to the tip of the Baja Peninsula, western and central Mexico, and into most of Texas, except for the east. 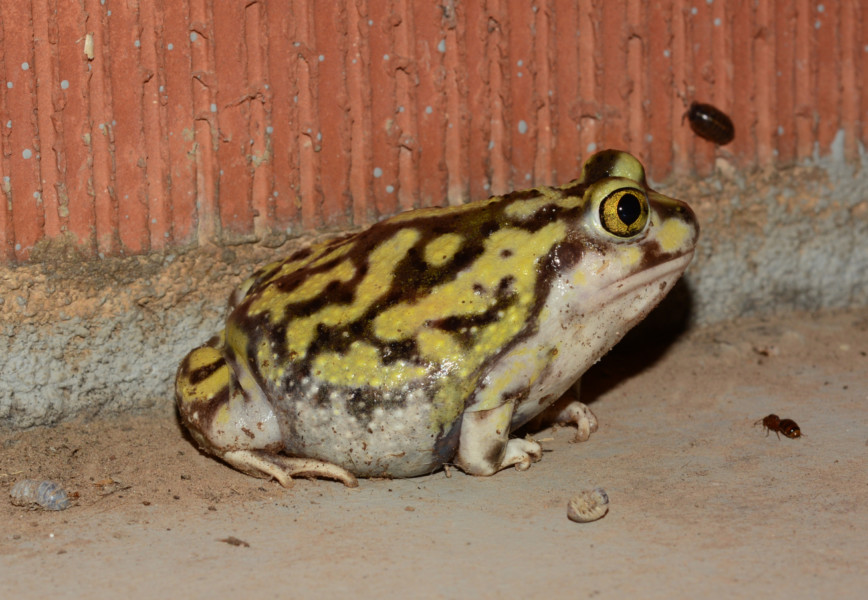 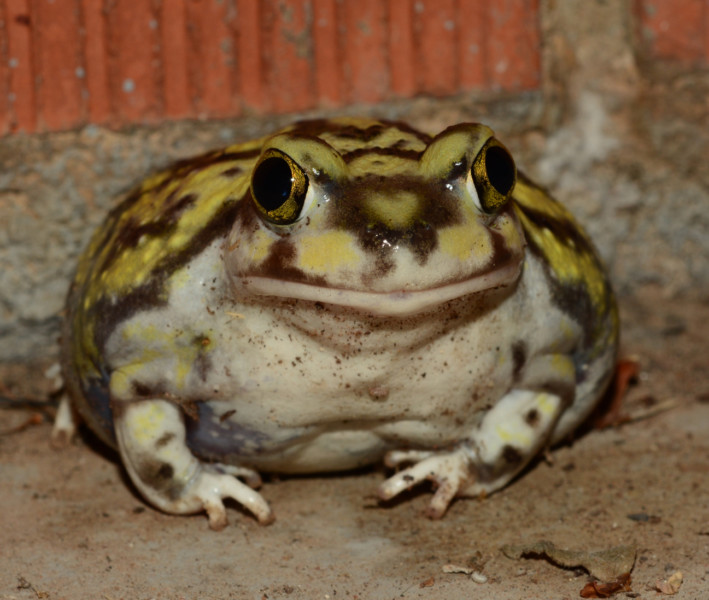 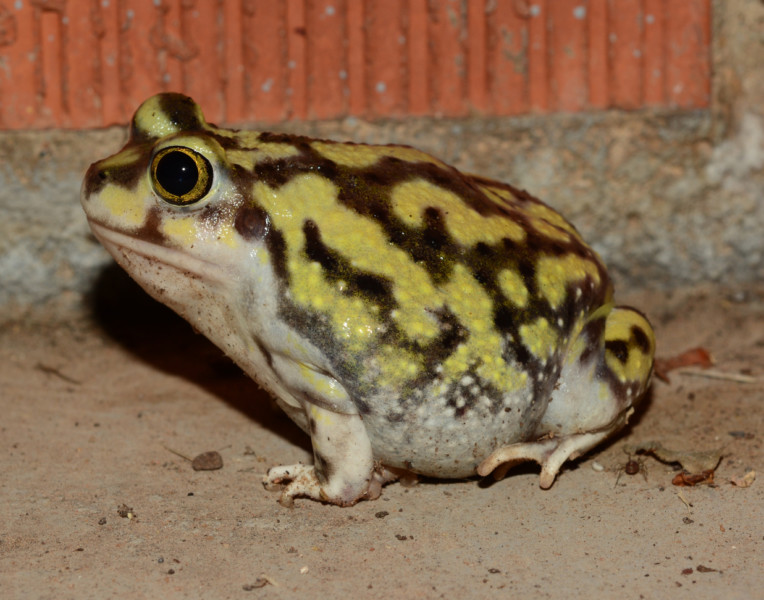 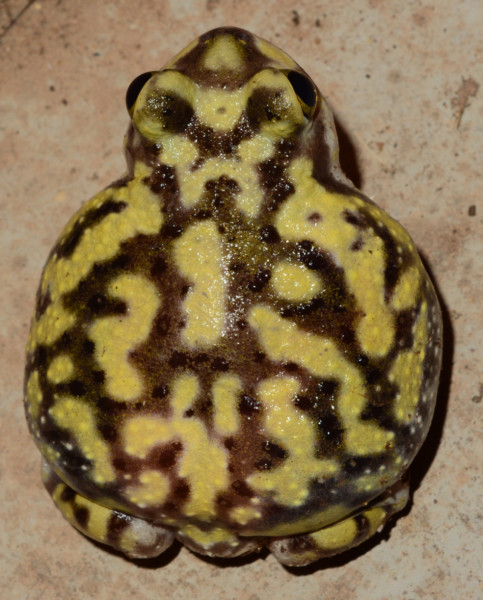 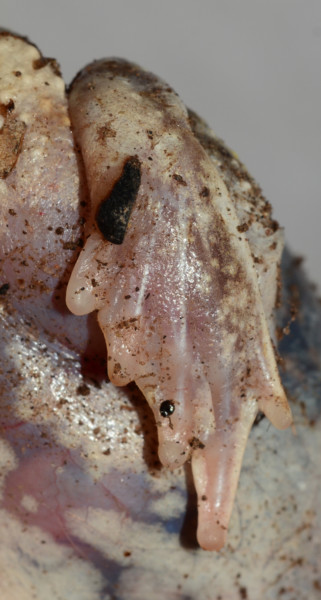 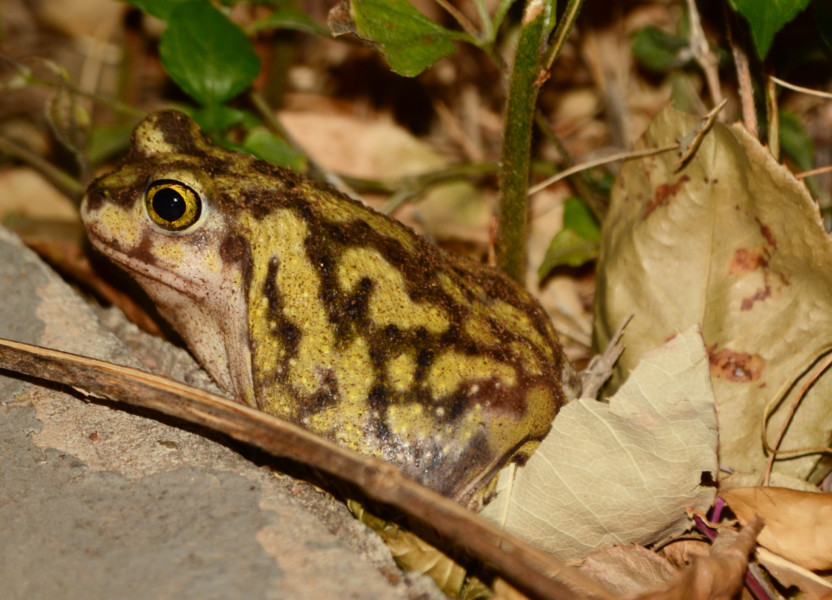