Every aquatic insect goes through a series of transformations as it develops from an egg to an adult. The changes in body form are known as life stages. Embryonic development in oviparous insects occurs within the egg. Postembryonic development is composed of all the life stages between hatching and becoming a reproductive adult. Postembryonic development includes both growth and maturation: growth being the increase in body size and maturation the progressive morphological and physiological attainment of adult features. The ecological requirements of the different life stages of an aquatic insect may be varied; usually, at least one stage is terrestrial.

Since insects possess an exoskeleton, they must periodically shed and grow a new larger exoskeleton to accommodate their growth. The complicated process of shedding the exoskeleton is called molting, or ecdysis; the shed exoskeleton is the exuviae. The time period between molts is a stadium, and the insect during this interval is called an instar. Depending on the species and group, the number of instars may be constant or variable-- -some aquatic insects having an excess of 40 instar stages.

The Order Odonata (dragonflies and damselflies) have an incomplete metamorphosis and lack a pupal stage. Their larvae are also known as nymphs or naiads. Odonate nymphs typically crawl out of the water and onto an exposed shoreline or object just prior to their transformation into the terrestrial form. This transformation from an aquatic larva into a terrestrial adult is known as emergence. When reproductive maturity is attained, the adult is called an imago.

The largest family of dragonflies in North America are the common skimmers (Family Libellulidae). The predatory nymphs are common pond inhabitants sprawling along the bottom and climbing among debris and vegetation. Many libellulid species are adaptable to a wide variety of habitats. Some species are tolerant to highly eutrophic conditions, alkalinity, estuaries, and salt marshes. Common skimmers are erratic fliers, and many are territorial. Females oviposit by striking the surface of the water periodically and rhythmically with the tip of the abdomen. Some species have long emergence periods with adults produced from spring to early fall. One characteristic common to most members of the family is the presence of a “pointed-toe boot shape” formed by the anal loop on the hind wings.

Photography by Susan May 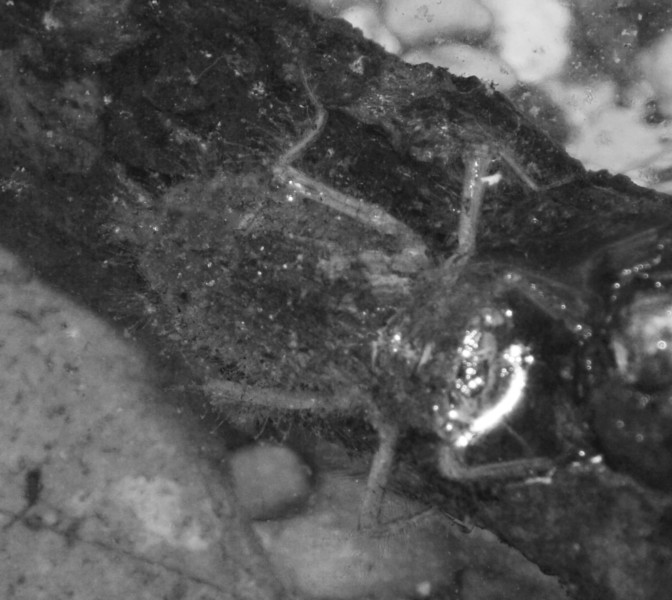 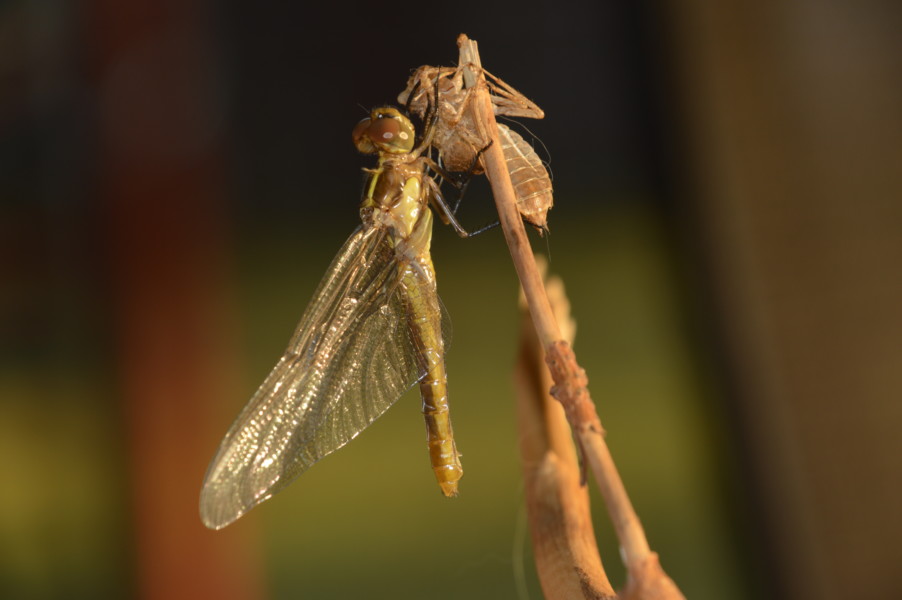 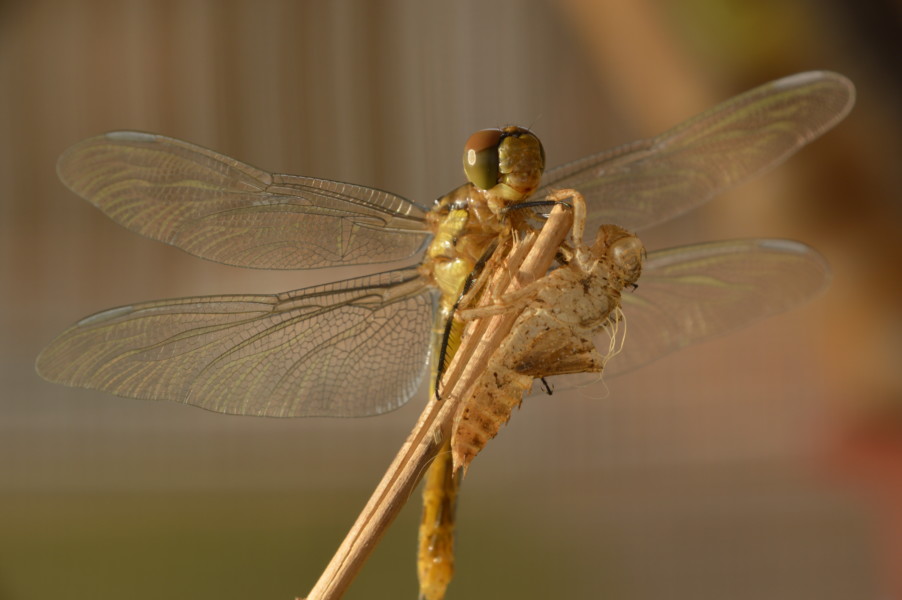 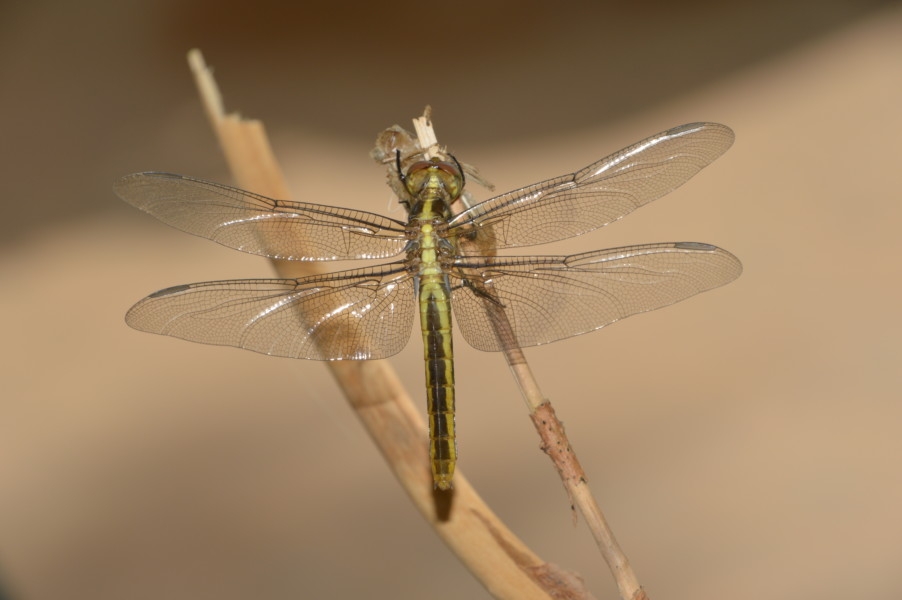 On the Trail - Pond Life

To learn more about this topic, click the link above.