Berry-producing shrubs are excellent winter food sources for birds, especially when other food sources are scarce. Research and careful consideration must be done before planting shrubs as a source of winter food as many types of berries may be mildly toxic for most birds, but lethal for berry specialists like cedar waxwings.

Some berries, when overly ripe, ferment and produce alcohols which can lead to intoxication in birds. Alcohol intoxication can itself be fatal, but mortality can also occur by succumbing to predators or an increase in accidental window strikes. The most dangerous berries contain cyanogenic glycosides, which upon digestion, produces hydrogen cyanide. Plants such as nandina, pyracantha, cotoneaster, and crabapple are most likely to contribute to the poisoning of cedar waxwings.

Cedar Waxwings (Bombycilla cedrorum) live in small or large flocks through most of the year. They are often erratic in their movements, wintering in open woodlands or suburbs where berries are abundant. It is their overly indulgent feeding behavior on berries which gets cedar waxwings into trouble. One noteworthy case was documented from Thomas County, Georgia (Woldemeskel and Styer, 2010).

In April 2009, dozens of cedar waxwings were found dead. Five birds were selected for gross and microscopic necropsy. All birds exhibited pulmonary and tracheal hemorrhages and fluid accumulation in the mediastinum (the chest cavity housing the heart). Microscopic examination showed several tissues and organs (liver, kidneys, heart, and brain) diffusely congested and hemorrhagic. Congestion and hemorrhage were especially marked in the lungs and with fluid-filled airways. The pathological findings were consistent with lesions associated with cyanide poisoning.

Further examination revealed that the only food in the digestive tracts were intact and partially digested berries of Nandina domestica, a commonly landscaped shrub in yards and parks selected for its hardiness and persistent bright red berries adding color and texture to urban and suburban landscapes. Nandina is a non-native invasive introduced from China and Japan; it has been widely planted and has also become naturalized throughout much of North America. Planting shrubs native to ecoregions can reduce the likelihood of cyanide poisoning in birds plus provide safer, more appropriate foods.

Photo of cedar waxwings by watts_photos licensed under CC BY 2.0 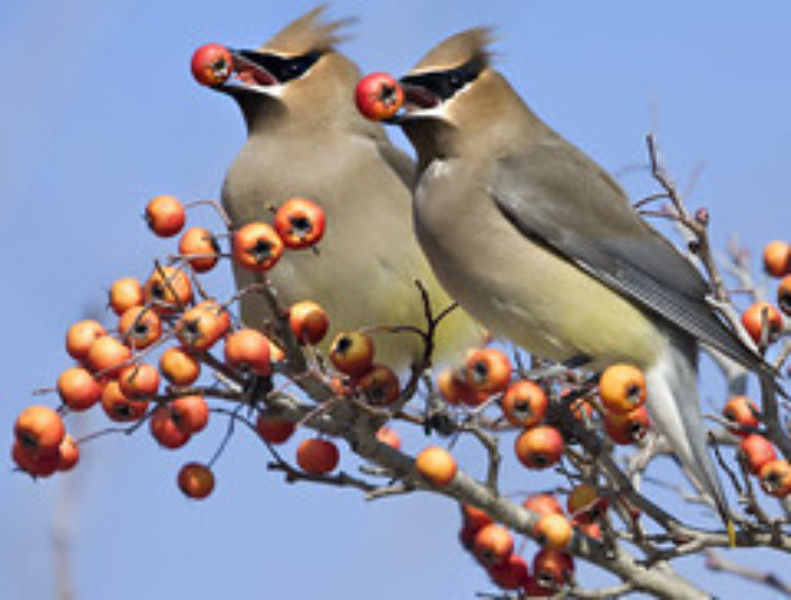 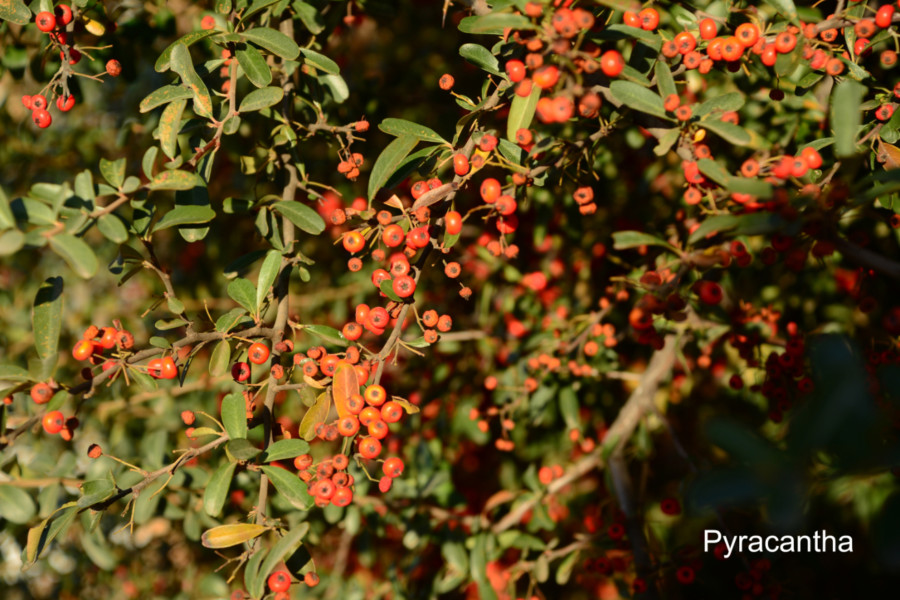 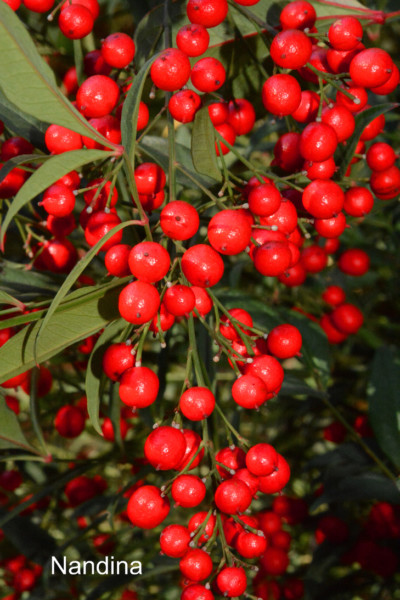