One of the first artifacts our visitors see upon entering Sibley Nature Center is a skull of a parasuchian reptile---more commonly known as a phytosaur. From my office I listen for the common responses from our guests when they first see the skull…:”Ooh, a dinosaur!”; “Wow, a crocodile!”; or “It’s a dinosaur alligator!” All reasonable assumptions, but all incorrect. Phytosaurs were neither crocodilians nor dinosaurs. They represented but one branch of a unique lineage of reptiles known as the crurotarsi or “cross-ankle” reptiles in the Triassic Period between 251-201 million years ago. The name “phytosaur” is somewhat misleading as the name means “plant reptile.” The first discovered phytosaurs were assumed to be herbivores based on blunt mud fillings in their tooth sockets. Later specimens were recovered with teeth clearly belonging to a carnivore, but the name “phytosaur” had already been ingrained into the scientific literature.

I am often asked, “Is it real?” The answer is both yes and no. It is a composite reconstruction. The back part of the skull and lower jaw with teeth are mostly real fossilized bone. The upper jaw and teeth are synthetic, but the reconstruction was based on many authentic and complete skulls. The Sibley specimen was found in the Triassic red beds of Swisher County in a canyon near the base of the Llano Estacado of the Texas Panhandle. It was found and excavated by Mr. Rick Day with family and friends and reconstructed by Mr. Day’s 8th grade Gifted and Talented science class from Andrews Middle School in Andrews, Texas. People are often surprised that such an animal once lived here in dry West Texas.

To make sense of this we need to use our imagination to go far back in time to the Triassic and see that the world was a wildly different place. The continents were united into one giant supercontinent that we call Pangaea. Pangaea was slowly drifting northward and was itself beginning to break apart into Laurasia in the north and Gondwana in the south. There was one global ocean we call Panthalassa and an expanding Tethys Sea. West Texas, like Petrified Forest in Northern Arizona, would have been located near the equator. The West Texas climate would have been hot, very humid, mostly tropical, but possibly punctuated by occasional dry spells. In the West Texas Late Triassic landscape (long before there was a Llano Estacado) there were both upland and lowland habitats, each dominated by their own unique flora and fauna species. Phytosaurs were the dominant vertebrates in the lowland streams, rivers, and swamps in a landscape dominated by coniferous trees.

Phytosaurs were large, mostly semi-aquatic reptiles restricted to the Late Triassic. They were long-snouted and heavily armored and bore a striking resemblance to modern crocodilians in size, appearance, and lifestyle—not through relatedness or ancestry, but through convergence. They may have looked and acted like crocodiles, but they were not crocodiles. There are numerous small anatomical differences between the phytosaurs and crocodilians. Starting with the ankle structure, phytosaur ankles were more primitive than in crocodiles. Crocodilians have a secondary bony hard palate in the roof of the mouth separating the mouth from the nasal cavity. Phytosaurs lacked this bony hard palate, but perhaps they had a fleshy palate instead. Phytosaurs were more heavily armored with bony scutes than crocs. Phytosaurs had serrated teeth (some crocodilians also have tooth serrations, but most do not). But the most obvious distinction between phytosaurs and crocodilians is the location of the nostrils: crocodilians have their nostrils at the end of the snout, but the nostrils of phytosaurs were located on top of their head. Phytosaurs are a dead-end group in that they left no descendants.

In the Triassic, phytosaurs had near global distribution. Fossil remains have been recovered in North America, Europe, Greenland, Brazil, Thailand, Morocco, and Madagascar. There were many genera and species of phytosaurs (the Sibley specimen is of the genus Smilosuchus which means “knife crocodile.” The Sibley specimen, based on the skull size, would have been about 25 feet in length. 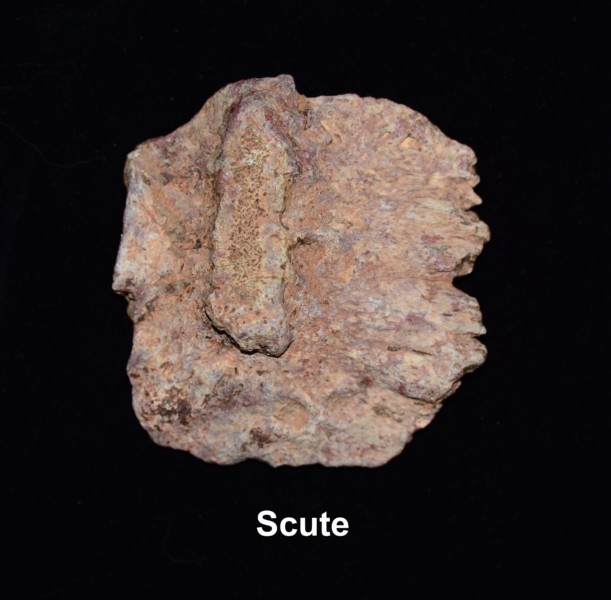 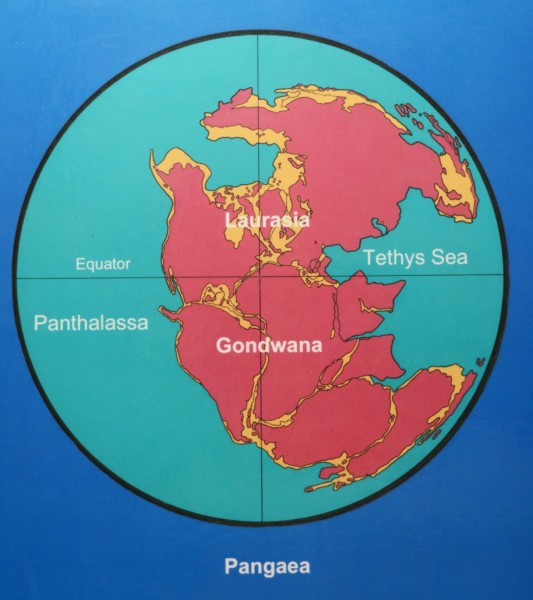 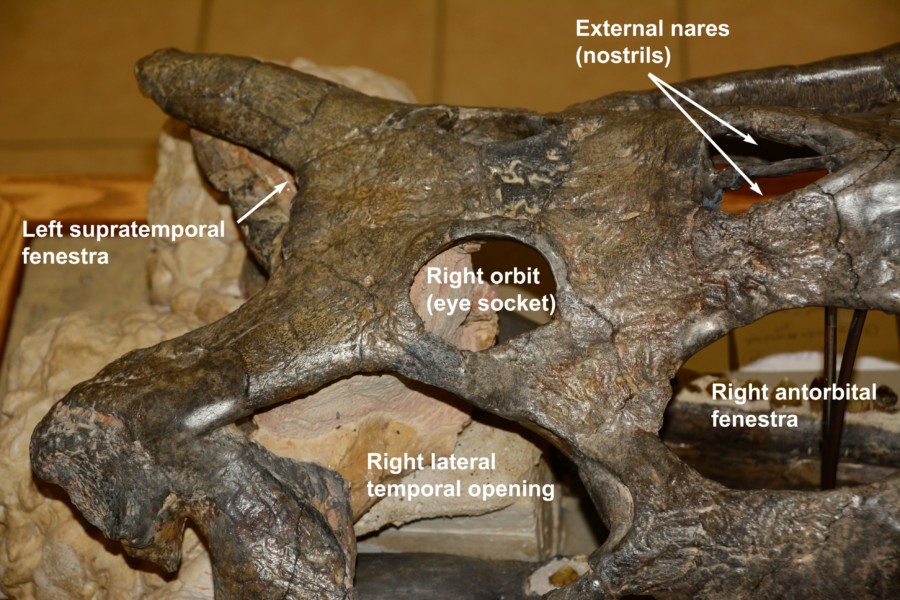 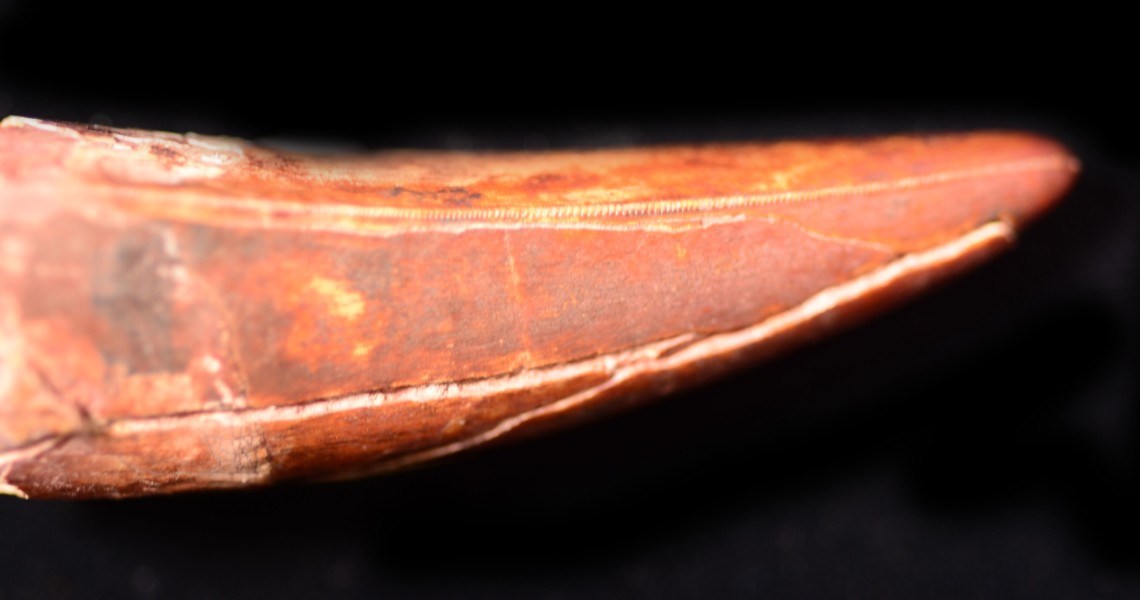 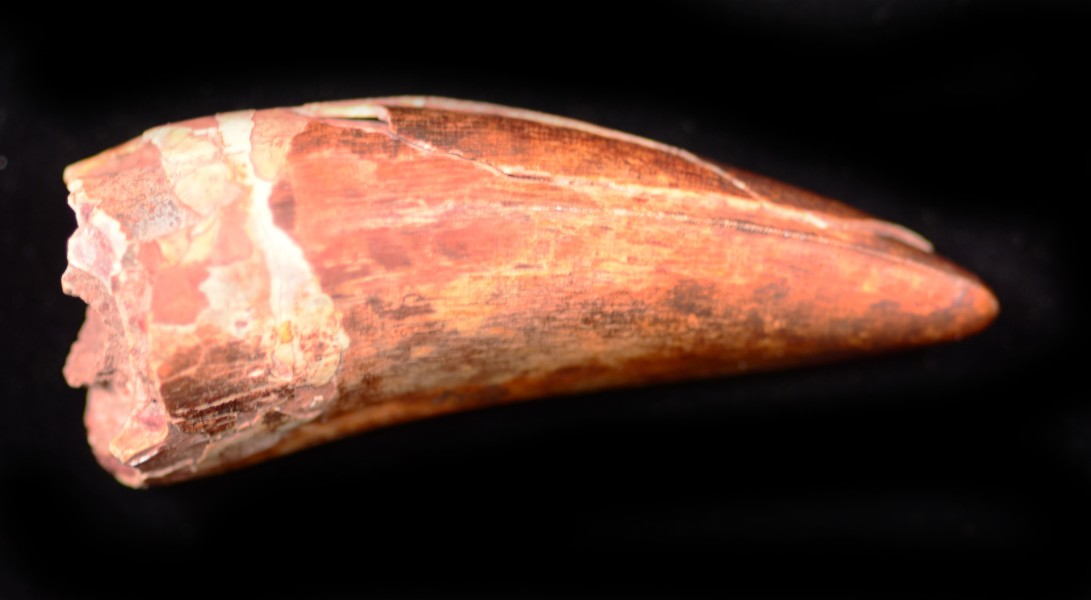 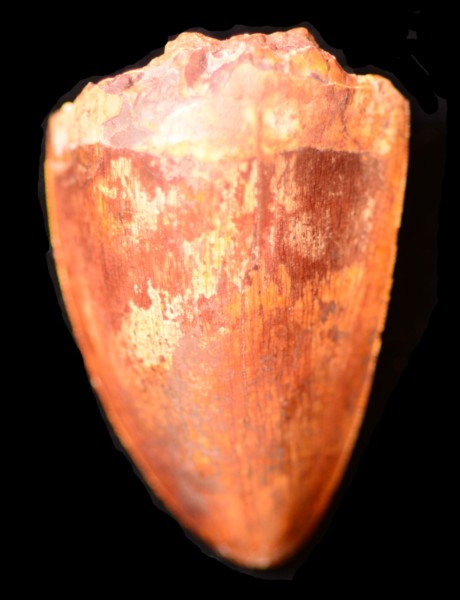 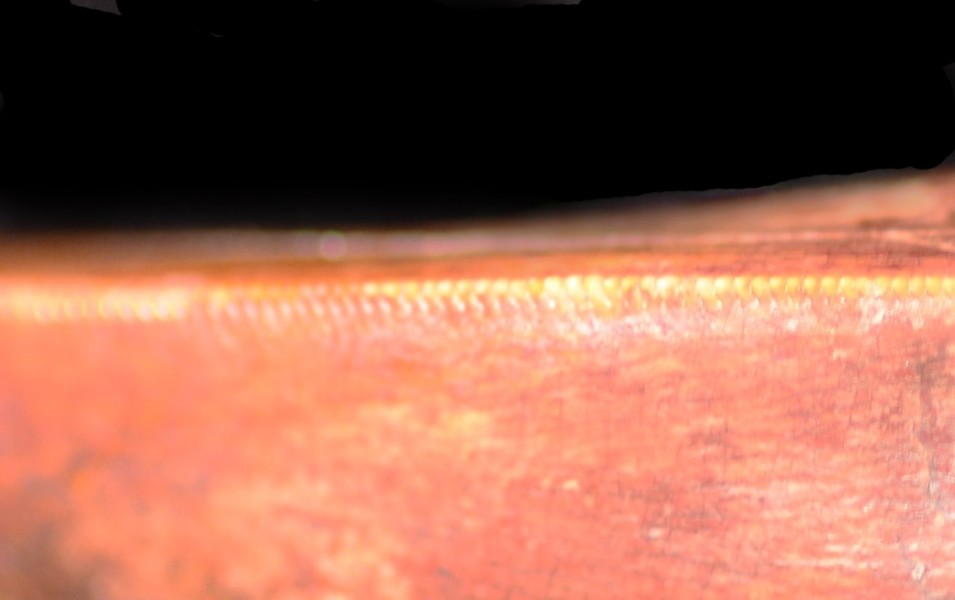 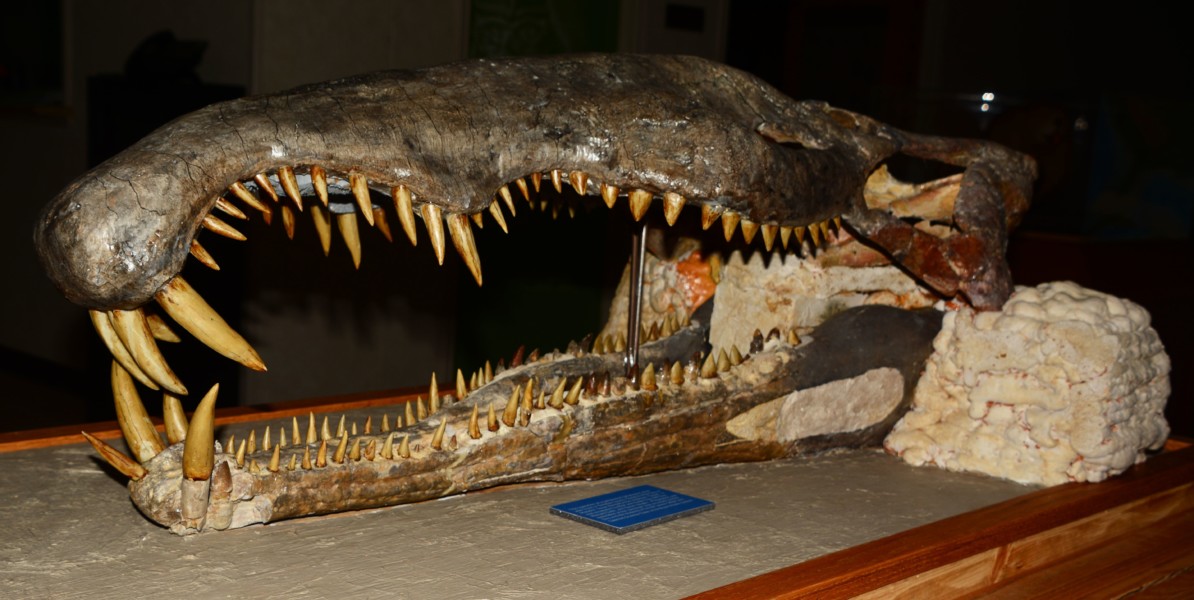