from southwestern Canada to central Argentina with the greatest diversity of species in the
southwestern United States and Mexico. In the United States, Texas and Arizona have the most
species. There are two genera of rattlesnakes: Sistrurus (the pigmies and massasaugas)
identified by a group of nine large scales on top of the head and Crotalus (the rattlesnakes
proper) distinguished by a mixture of large and small scales covering the top of the head
(Conant, p. 188).
Rattlesnakes can be found in almost every habitat, preying on a wide variety of ectothermic
(warm-blooded”) vertebrates; the facial pits of pit vipers are infrared or heat detectors.
Common prey items may include rabbits, rodents, and small birds. Rattlesnakes are ambush
predators, or seek out prey underground in the tunnels of burrowing animals. Prey items are
quickly killed with a venomous bite. If the prey moves away before death, the rattlesnake can
follow a scent trail using its exceptional sense of olfaction. In turn, rattlesnakes (especially the
neonates) are preyed upon by roadrunners, ravens, raccoons, opossums, skunks, hawks, owls,
coyotes, and kingsnakes.
The hollow fangs of rattlesnakes are connected by ducts to large glands on the edge of the
upper jaw near the back of the head. When a rattlesnake bites, muscular contractions squeeze
venom through the ducts into the fangs, and when not in use, the fangs are folded against the
roof of the mouth. Neonate rattlesnakes are born with fully functioning fangs and venom.
Rattlesnake venom is a complex combination of hemotoxins and neurotoxins which varies
with species. Hemotoxins cause widespread tissue damage and dismantle the blood clotting
mechanism; neurotoxins result in cardiac distress, respiratory malfunction, and paralysis.
Venom is composed of a mixture of enzymes, proteins, polypeptides, and ions designed to
immobilize and disable prey and begin the process of digestion even before the prey is ingested
(Rubio, pp. 138-139).
The most distinguishing feature of rattlesnakes is the rattle. The most widely accepted
hypothesis for its origin is that it is a warning device against animal threats of predation or from
trampling. The sound of the rattle is a recognized signal used to drive the threat away (Rubio,
p. 56). The rattle is a series of hollow interlocked keratinized segments of modified scales
covering the tip of the tail. Contraction of specialized muscles in the tail causes the segments
to vibrate against each other producing the buzzing sound. A new segment is added to the
rattle each time the snake sheds its skin, and there may be multiple sheds a year depending on
food availability and growth rate. Sometimes segments of the rattle are broken off, so the age
of a rattlesnake cannot be determined by counting the number of rattle segments.
Being ectothermic (“cold-blooded”), rattlesnakes cannot regulate their body temperature. In
the winter, some species hibernate, often in large numbers inside underground “rattlesnake
dens” or hibernacula. Often, rattlesnakes will share winter burrows with other animal species
like turtles, small mammals, and other types of snakes. Excessive heat can also be fatal for
rattlesnakes, so they aestivate during hot dry periods which accounts for their absence during
parts of the summer (Rubio, p. 100).
Rattlesnake populations are threatened in some areas due to habitat destruction, poaching,
and extermination campaigns. Even though rattlesnakes are the leading contributors to

snakebites in North America, they rarely bite unless provoked or threatened, and if treated
promptly, are seldom fatal.
Rattlesnake bites are always serious, and antivenin treatment is very expensive, so avoidance
is key. Even within the city, we are in rattlesnake habitat. There are measures we can take to
minimize an encounter with a rattlesnake. When at Sibley, please stay on the trail at all times.
In general, always walk or hike in areas where you can see a path, watching where you step or
reach with your hands. A walking stick can be useful in rustling shrubs or tall grasses along the
side of a route alerting snakes of your presence. Wear high boots or hiking boots, long pants
and gloves whenever using your hands to move rocks or brush. And never put your hands or
feet in spaces where you cannot see (Desert USA).
Conant, Roger. A Field Guide to Reptiles and Amphibians. Houghton Mifflin Company, Boston.
1958.
DesertUSA Newsletter. https://www.desertusa.com/rept...
Rubio, Manny. Rattlesnake: Portrait of a Predator. Smithsonian Institution Press, Washington,
D.C. 1998. 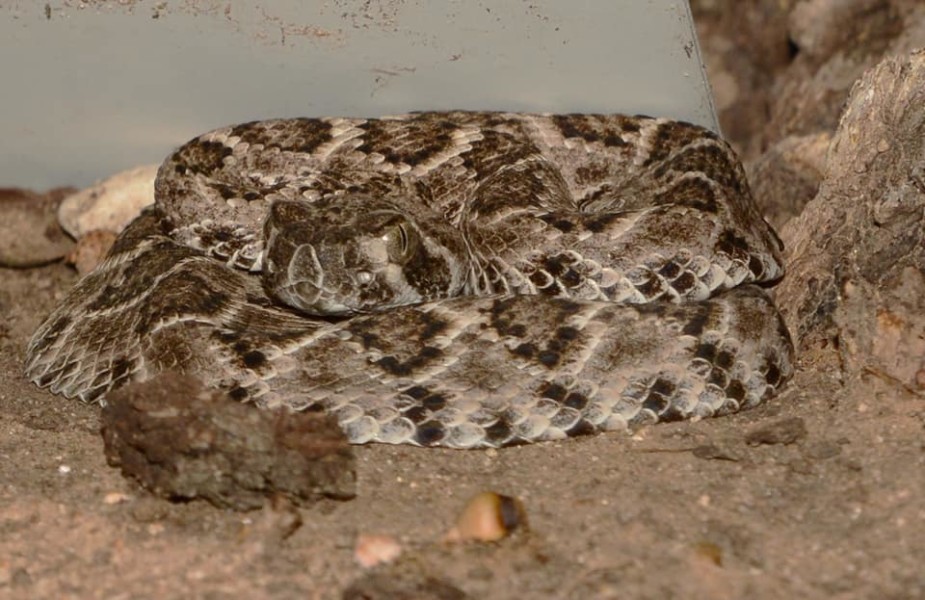 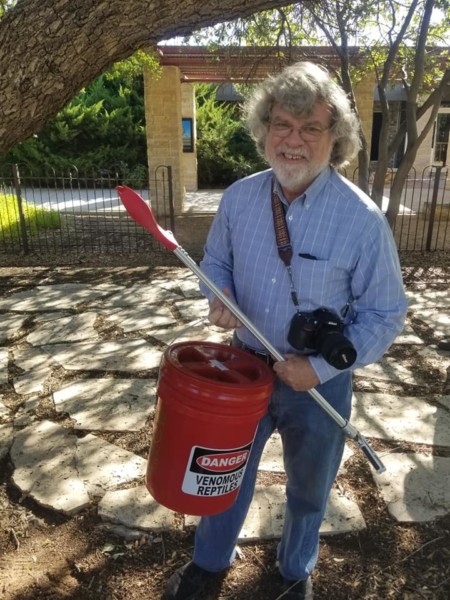 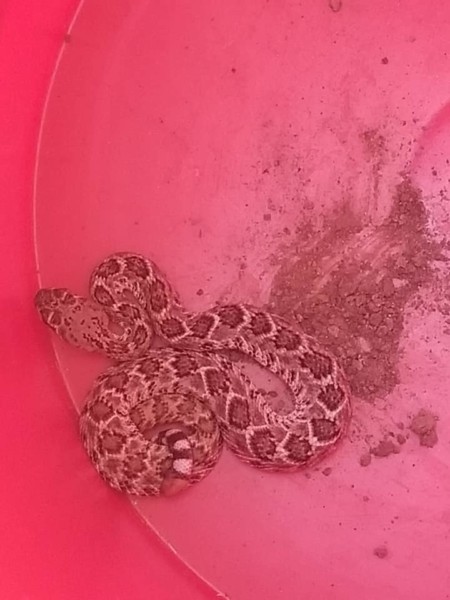