Cuckoos (Order Cuculiformes, Family Cuculidae) are widespread in the Old World, with but a few species in North America.The Greater Roadrunner or “Paisano” (Geococcyxcalifornianus) is a large, ground-dwelling cuckoo that is common in scrub desert and mesquite.The foot is zygodactylous, whereby there are two toes in the front (2nd and 3rd) and two toes behind (1st and 4th).It’s generally accepted that it got its common name from the habit of running down roads ahead of horse-drawn vehicles.The roadrunner can run about 15 mph through cactus and scrub in pursuit of prey.They are opportunistic feeders catching nearly anything of appropriate size that moves, including insects, spiders, scorpions, small snakes, rodents, eggs and young birds.Prickly pear fruit is also consumed.

Roadrunners remain paired and territorial throughout the year and may even form lifelong bonds.Their nest is usually a foundation of sticks built in a low tree or clump of cactus where 3-5 white eggs are laid.The young are incubated for about 20 days; both parents care for the young.The young are able to catch their own food on the ground at about 3 weeks.The roadrunner has been selected as the state bird of New Mexico. 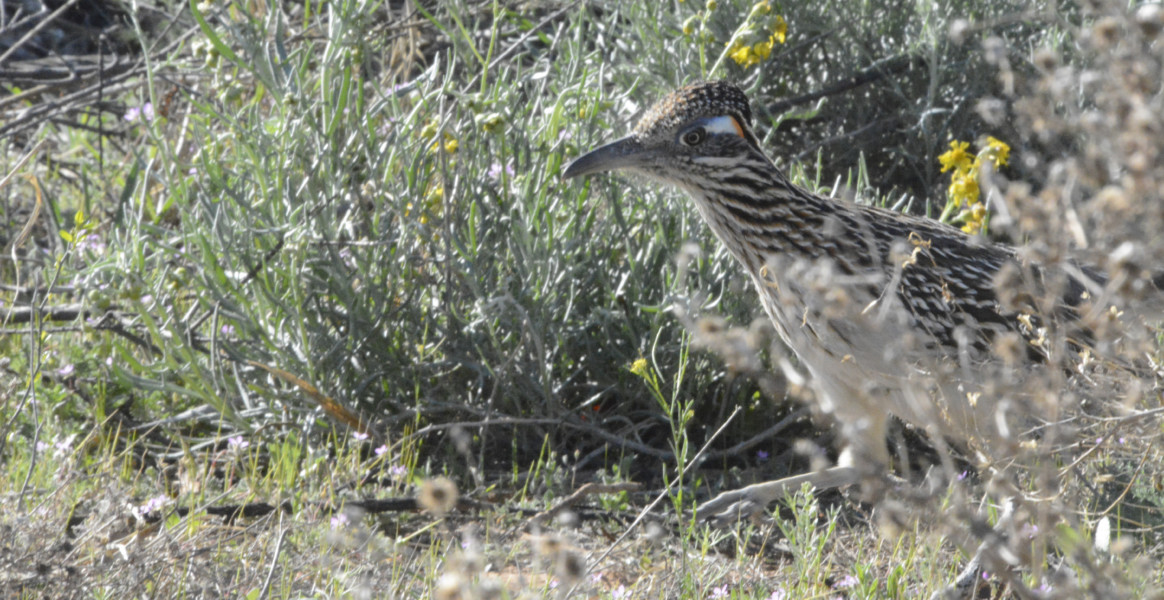 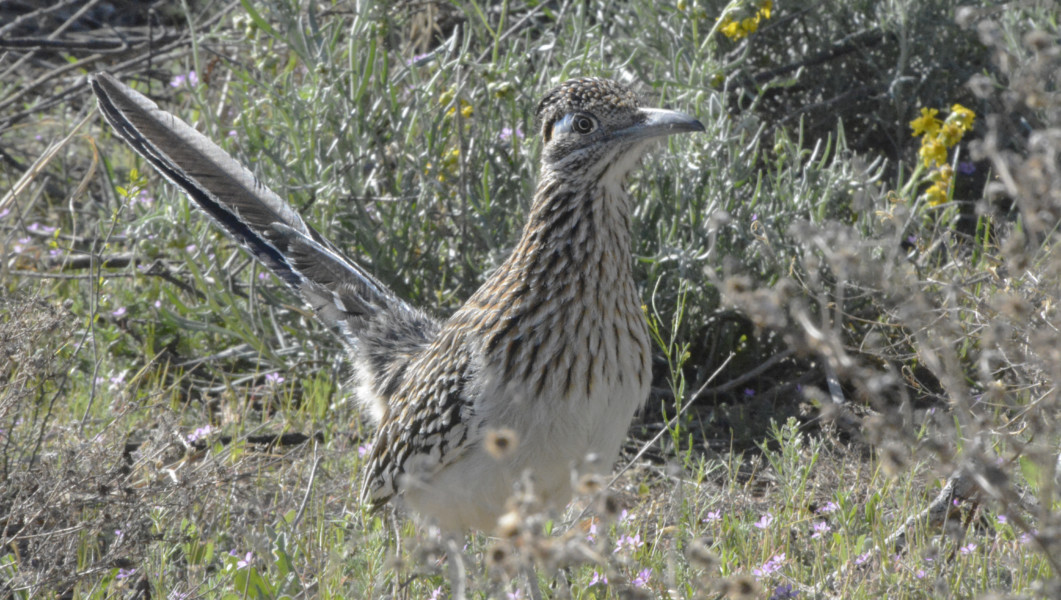 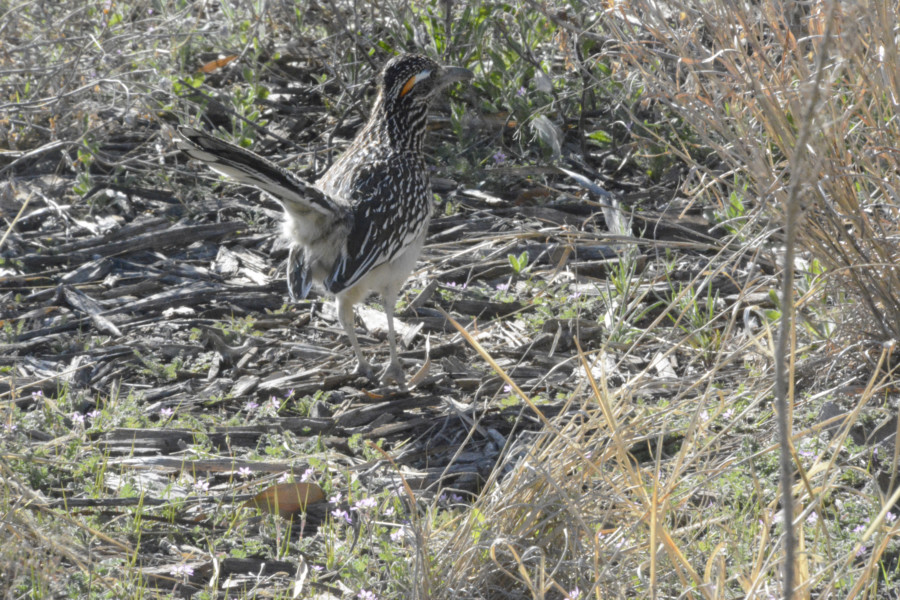 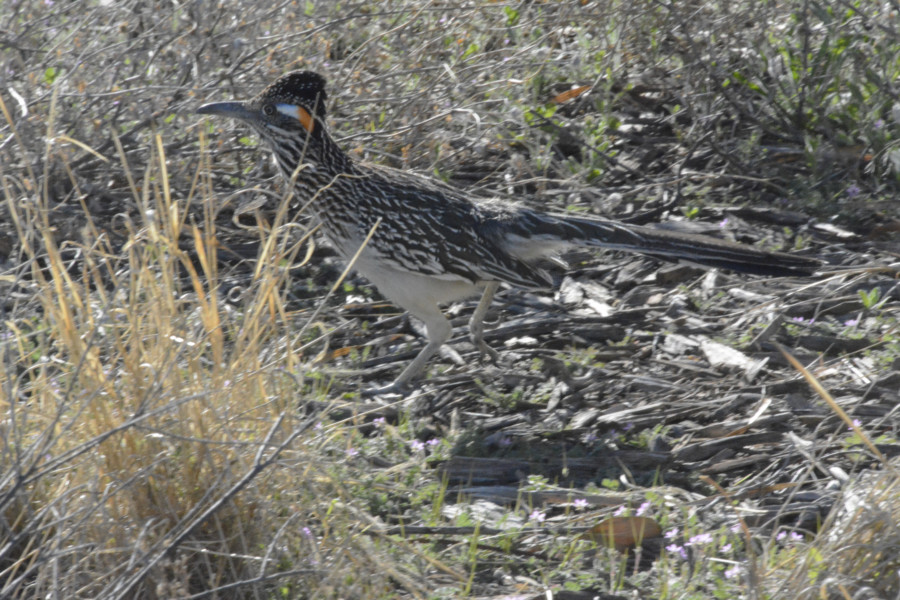