Tachinid flies (Family Tachinidae) comprise a large and diverse family of true flies with at least 1300 species in North America alone. Tachinids are almost exclusively protelean parsitoids as larvae, internally consuming their hosts while avoiding the host’s vital organs until the last stage of their own development and emerging as free-living adult flies.

There is much diversity in the reproductive strategies of tachinid flies, but they tend to be generalists rather than specialists. Most tachinid larvae are internal parasitoids of butterfly and moth caterpillars or of the caterpillar-like larvae of stingless wasps known as sawflies. Some species of tachinids attack adult beetles, and some the larvae of beetles. Other tachinids attack hemipterans (true bugs), while others prefer grasshoppers.

Adult tachinids are not parasitic, but rather are commonly seen on flowers feeding on nectar and pollen; some species feed on decaying matter or on the honeydew secretions of aphids and scale insects, and some species do not feed as adults. Some tachinids are pollinators, especially in higher elevations where bees are few.

Adult tachinid flies vary greatly in their appearance---some are brightly colored, and some are wasp and bee mimics. But most species of tachinids are rather drab and resemble house flies. Commonly, tachinids are robust and bristly flies, but there are some key characteristics of the antennae and wing venation which distinguish them from other flies. Arguably, the most conspicuous field characteristic is the presence of a well-developed mesothoracic structure called the postscutellum.

Many tachinid species are the natural enemies of some major insect pests, and at least 16 species have been introduced into the United States as biological control agents, but this tactic has not been free of unintended consequences because tachinids are generalists and not specialists and will parasitize virtually any caterpillar of moth or butterfly. 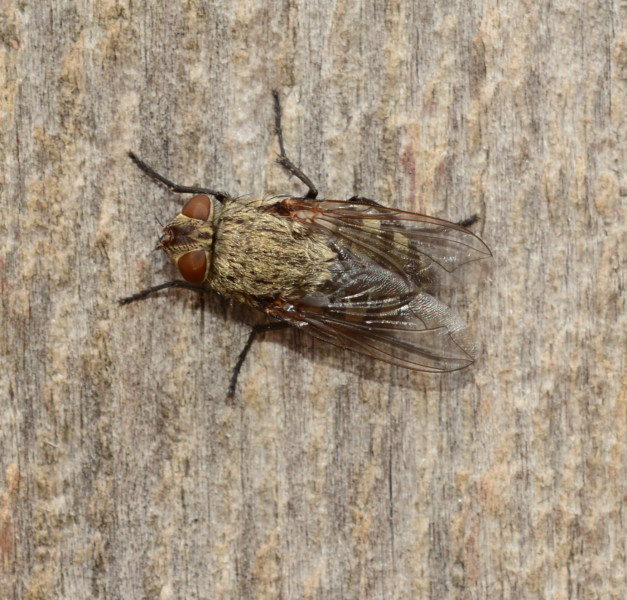 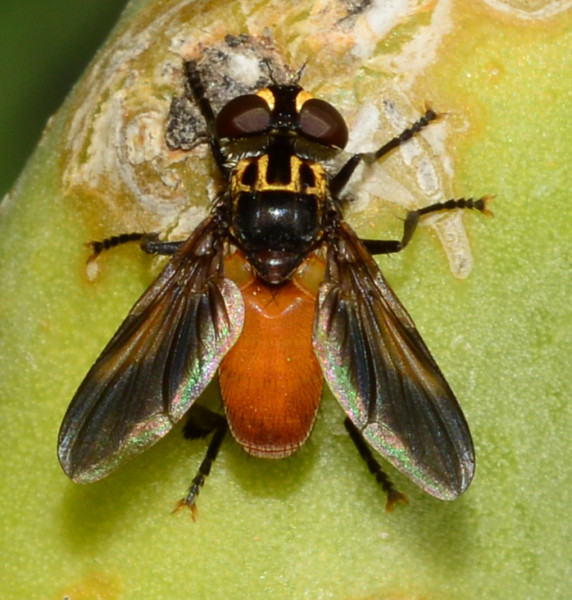 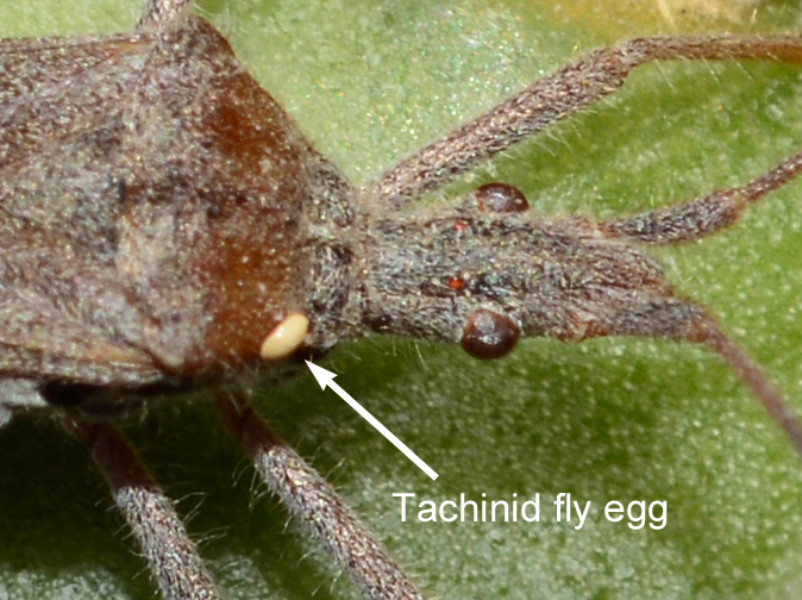 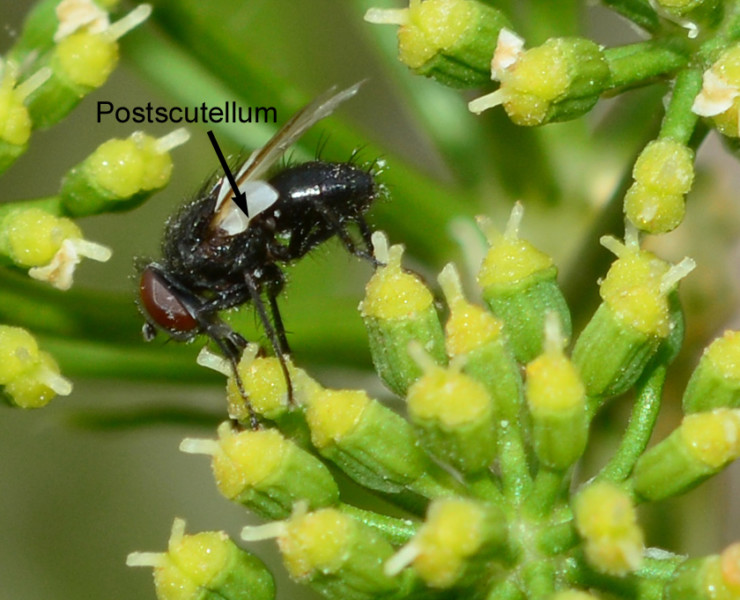 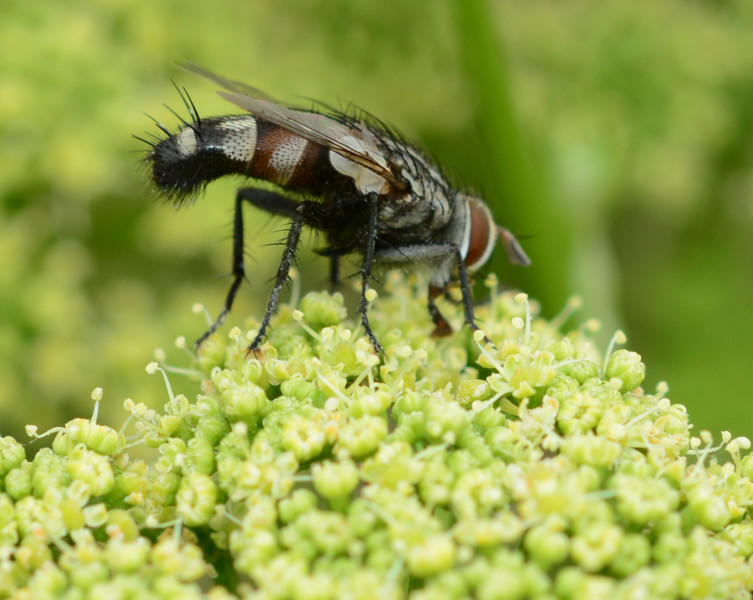 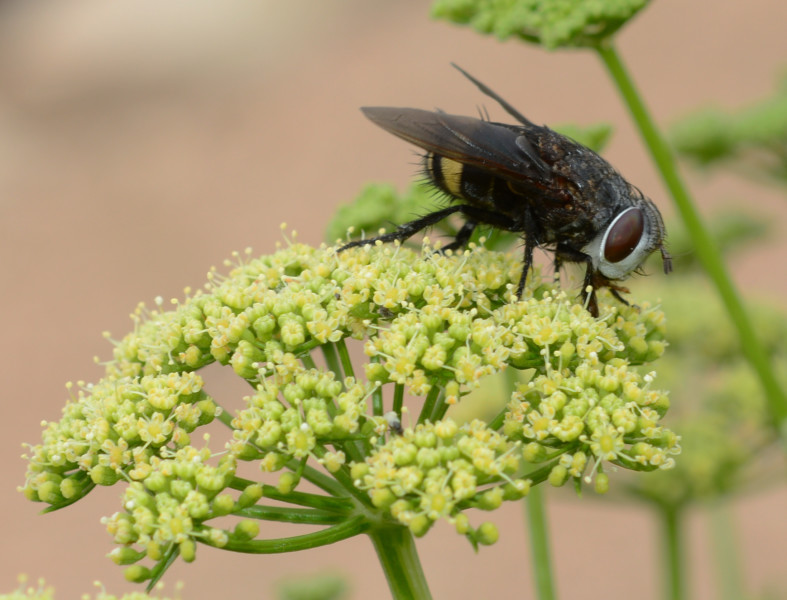 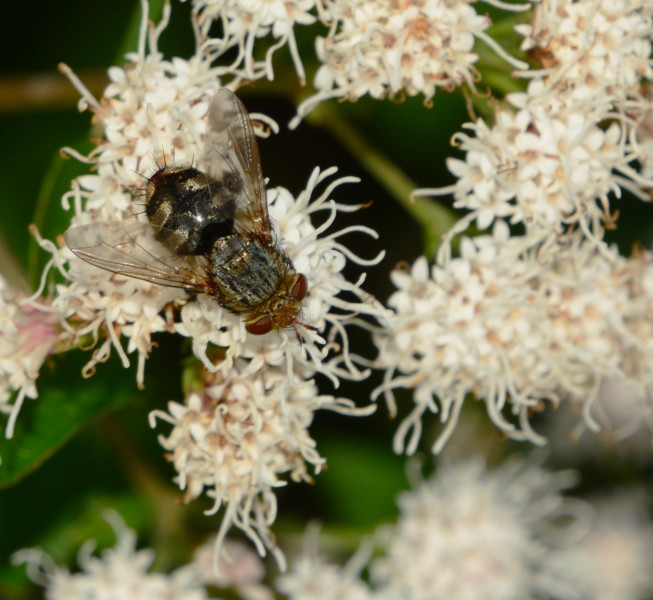 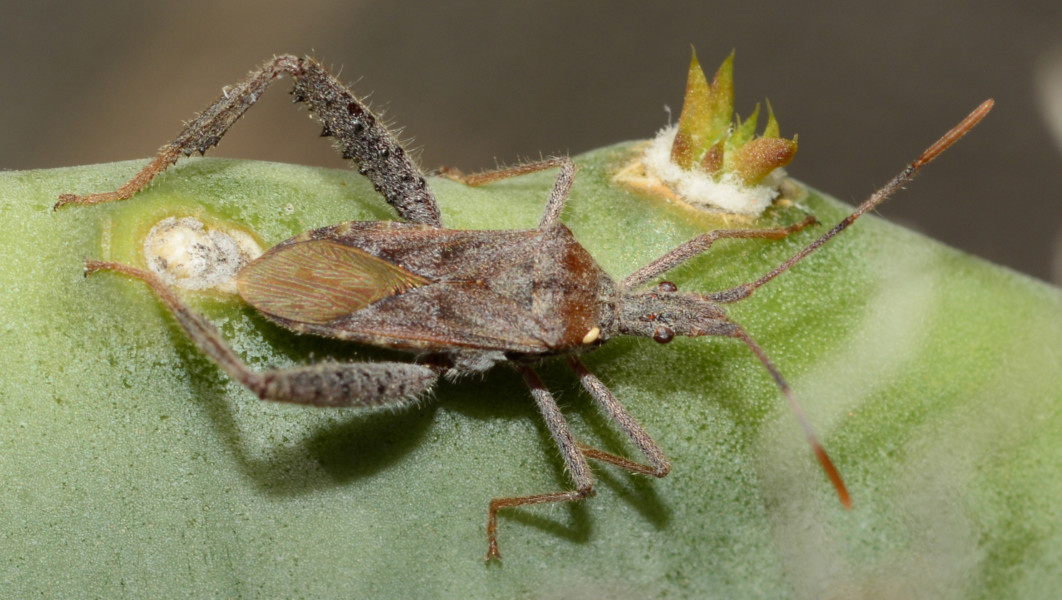