Yuccas and Their Moths

The first recorded observation of yucca moths was made by physician and botanist, George Engelmann in St. Louis in 1872. Engelmann asked then Missouri State Entomologist, Charles Riley, to investigate the relationship between moths and yuccas.

Charles Valentine Riley (1843-1895) was a British-born American entomologist and talented natural history artist. He became the first state entomologist for Missouri primarily to study grasshoppers and the grasshopper plagues of the American West between 1873 and 1877. At the same time, Riley significantly contributed to the general knowledge of insect biology with studies of the 13 and 17- year cicadas, and the pollination of yuccas---a subject of special interest to Charles Darwin (1). Riley and two California-based assistants, Albert Koebele and D.W. Coquillett are most noted for pioneering the principles of biological pest control, but they also had avocational interests in the microlepidopterans, including yucca moths (2).

Yuccas are perennial shrubs and trees currently placed by many authorities into the family Asparagaceae and subfamily Agavoideae (3). Yuccas are noted for their evergreen rosettes of tough, sword-shaped leaves and large terminal panicles of whitish flowers. There are about 49 species in the genus Yucca covering a large area of the Americas throughout Mexico extending into Guatemala and northward through Baja California and into the southwestern United States and Great Plains to southern Alberta, Canada. Yucca is also native to the southeastern United States from Texas to Maryland. Yucca is also native to some of the islands of the Caribbean. Ecologically, yuccas are adapted to a wide range of habitats from rocky deserts, grassland prairies, mountains, light woodlands’ coastal sands, and semi-arid subtropical and semi-temperate zones (4).

The moth family Prodoxidae is a primitive group, some of which were the first nocturnal moths. The adults are small with a wingspan between 4 and 16 mm and are usually dull colored, white, or gray. The eggs of all prodoxids are laid inside plant tissues where the larvae feed in stems, twigs, buds, seeds, or vegetative parts of developing fruits (5). There are about 12 genera known, five of which occur in western North America with over 50 species (6). Two genera, Tegeticula and Parategeticula are known as “true yucca moths”; a third genus, Prodoxus, are “bogus yucca moths”, and a fourth genus, the closely related Greya (sometimes called greya moths) are of interest for plant-insect coevolutionary studies.

Only true yucca moths are known to pollinate yucca flowers. The moth larvae feed exclusively on developing yucca seeds. Moth and yucca are dependent upon each other, both benefiting from a relationship known as obligate pollination/herbivory mutualism. The narrative follows that when a gravid female yucca moth is ready to lay eggs, she visits a yucca flower to collect pollen with specialized maxillary palp mouthparts called tentacles. She scrapes pollen from the flower’s anthers, packing it into a ball carried beneath her head. The female moth then flies to another yucca flower immediately going to the flower’s ovary where the moth uses her ovipositor to insert eggs. When the eggs are inserted, she deposits a little pollen from the previous yucca flower onto the second flower’s stigma and packing it tightly. She may lay more eggs in the flower’s ovary or yet fly to another flower, but before leaving, she marks the flower with a pheromone signaling to competitors that there are eggs already present for too many eggs will cause the yucca to abort the flower. When the eggs hatch, the larvae feed on the developing seeds within the fruit; fortunately, there are more seeds than the larvae can eat. When the growing larvae have finished feeding on seeds, they burrow exit holes through the tissues of the fruit, drop to the ground, and burrow into the soil to complete metamorphosis within a cocoon (7).

Tegeticula is one of the two genera of true yucca moth pollinators of yuccas. Females use the tentacles of their maxillary palps to collect and compact the dense, sticky pollen from yucca flowers. Historically, three species of Tegeticula have been recognized, and one species, T. yuccasella, has been regarded as the pollinator of all but two species of Yucca. More recent morphological, molecular, and biological data show that T. yuccasella is instead a large complex of species that differ greatly in their biology (8). A species complex is a group of closely related, but distinct species of organisms that are so similar in appearance that it is often unclear in how to distinguish between species. Usually, but not always, a species complex has a common ancestor. Often, rigorous studies of minute morphological details, tests of reproductive isolation, DNA analysis, and molecular biology techniques will be used to draw the dividing lines between species (9). The T. yuccasella complex is now composed of 10 newly described yucca pollinator species (altiplanella, baccatella, carnerosanella, cassandra, elatella, maderae, mojavella, rostratella, superficiella, and treculeanella) and two non-pollinating “cheater” species (intermedia and corruptrix) that oviposit directly into yucca fruit (10). Each of these species may be independently viewed, and a dichotomous key to the males and females of the Tegeticula yuccasella complex is available on the Tree of Life Web Project (http://tolweb.org), but the key is written more for the professional lepidopterist with the knowledge and training in insect anatomy and the dissection, preparation, and microscopic examination of insect genitalia.

Parategeticula are the other mutualistic pollinators of various Yucca species. One species, Parategeticula pollenifera, can be found in the pine-oak forests in southwestern Arizona, southwestern New Mexico, and Veracruz, Mexico, and is known to coexist with a member of the Tegeticula yuccasella complex. Like Tegeticula, the females of P. pollenifera have maxillary tentacles used for gathering pollen and actively pollinate its host plants, but unlike Tegeticula, the females possess a blunt ovipositor used to prepare a groove, usually in a flower pedicel, and lay a row of eggs. The young larvae bore into the young fruit of Y. schottii and Y. elephantipella forming galls that replace several seeds. The tissue in the gall serves as the primary food source for the developing larvae. The mature larvae emerge from the fruit and burrow into the soil for pupation (11).

The genus Prodoxus are the non-pollinating “bogus yucca moths” that coexist on yuccas with the pollinating yucca moths, Tegeticula and Parategeticula. Prodoxus moths completely lack tentacular appendages on the maxillary palps possessed by the pollinating genera. Prodoxus larvae feed on the vegetative parts of yuccas, but each species is highly specific in what tissues are used. All species of Prodoxus complete their entire metamorphosis inside the host plant tissue, and only emerge as adults, and in some species after many years of larval diapause (12). Most Prodoxus species are smaller than Tegeticula, but one species, P. decipiens (elevated from Syn. P. quinquepunctella (eastern form) (13), is larger, white, and can easily be mistaken for some members of the Tegeticula yuccasella complex (14).

Since greya moths are closely related to yucca moths they have become the subjects of numerous plant-insect coevolutionary studies. Some species are accidental pollinators when carrying host plant pollen on their bodies. Some of them have larvae that feed on developing seeds. But greya moths lack the specialized behaviors and morphological structures characteristic of true pollinating yucca moths (15).

As a footnote, there are no common vernacular names for the listed species of moths, other than lumping them together and calling them “yucca moths.” The moth-plant relationship goes back at least 40 Mya (16). The yucca moths have a unique biology and are well-noted for their ancient relationships with Yucca ranging from obligate mutualism to commensalism to antagonism. Most of the Tegeticula and Parategeticula are obligate pollinators, but two species of Tegeticula have circumvented the act of pollination and become cheaters by taking advantage of Yucca as a host plant, but without contribution. Likewise, Prodoxus use yucca as a host but without offering pollination services. Studies in coevolution demonstrate how increased genetic variance between two different organisms with strong interactions can result in increased fitness for both. 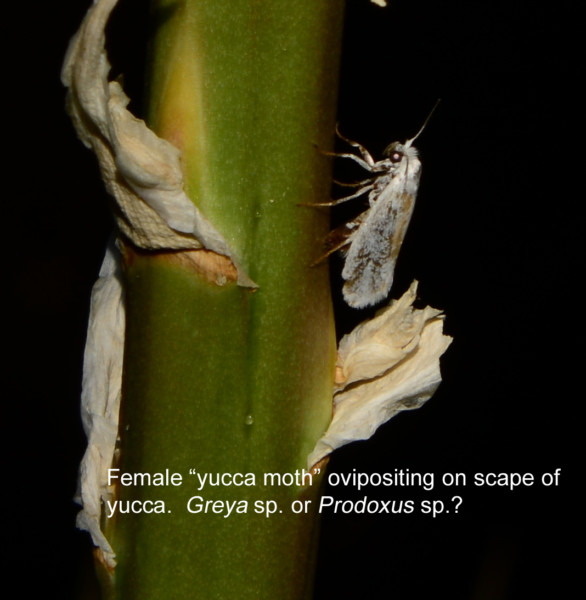 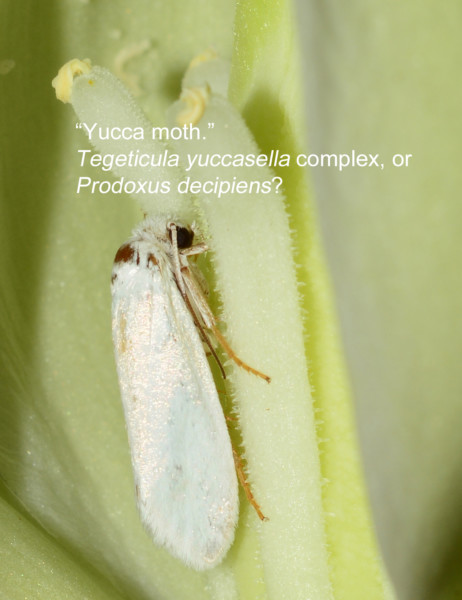 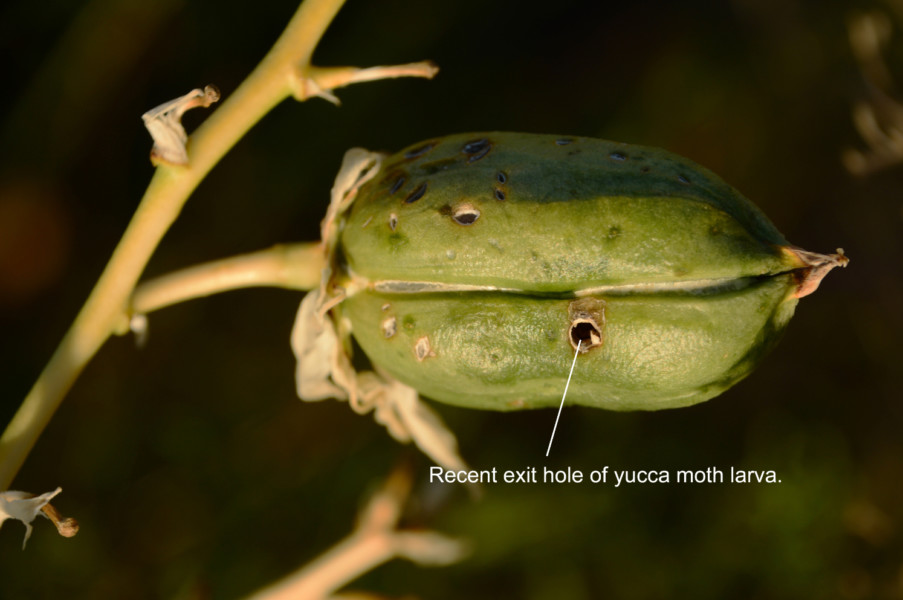 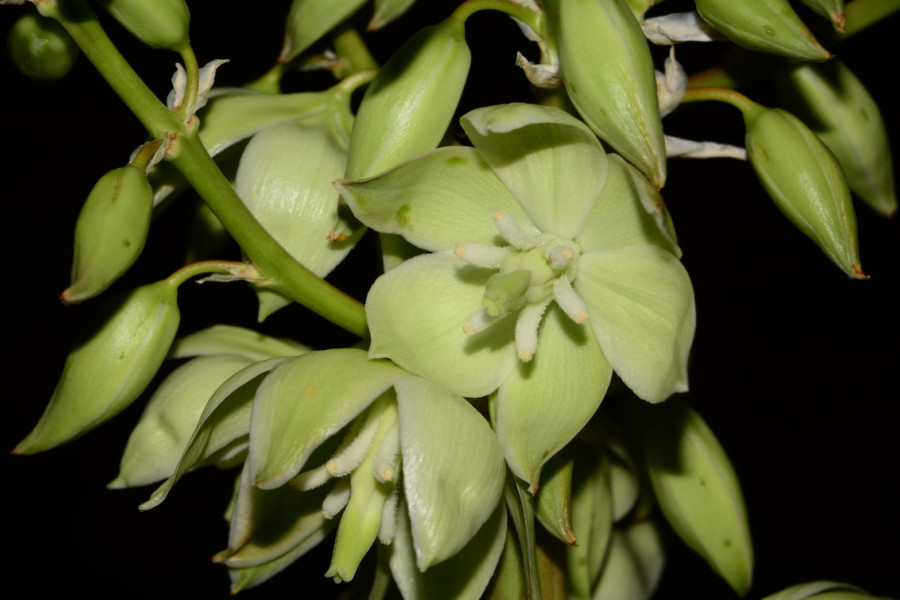 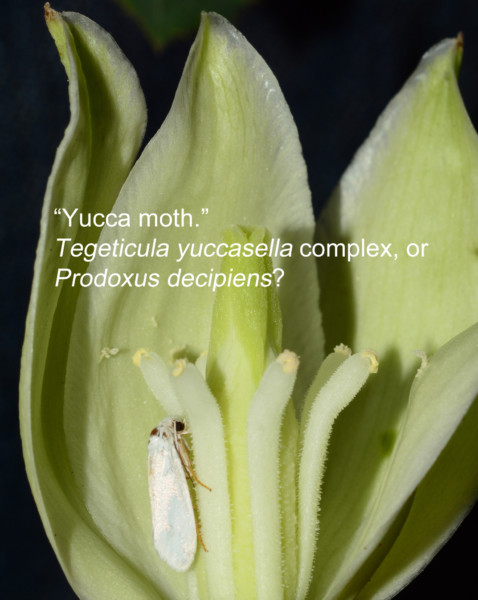 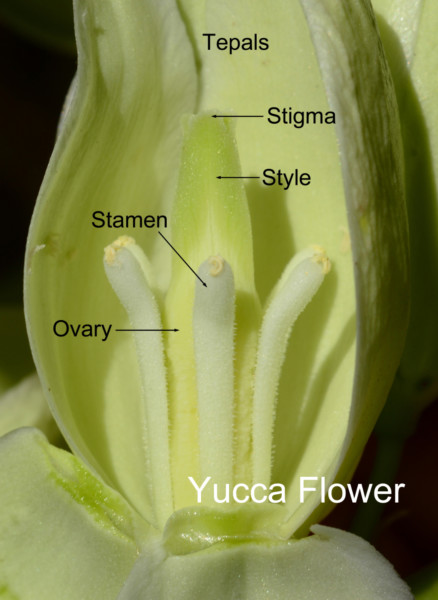 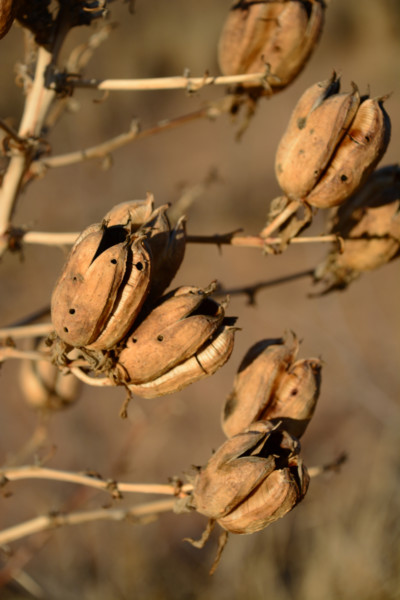 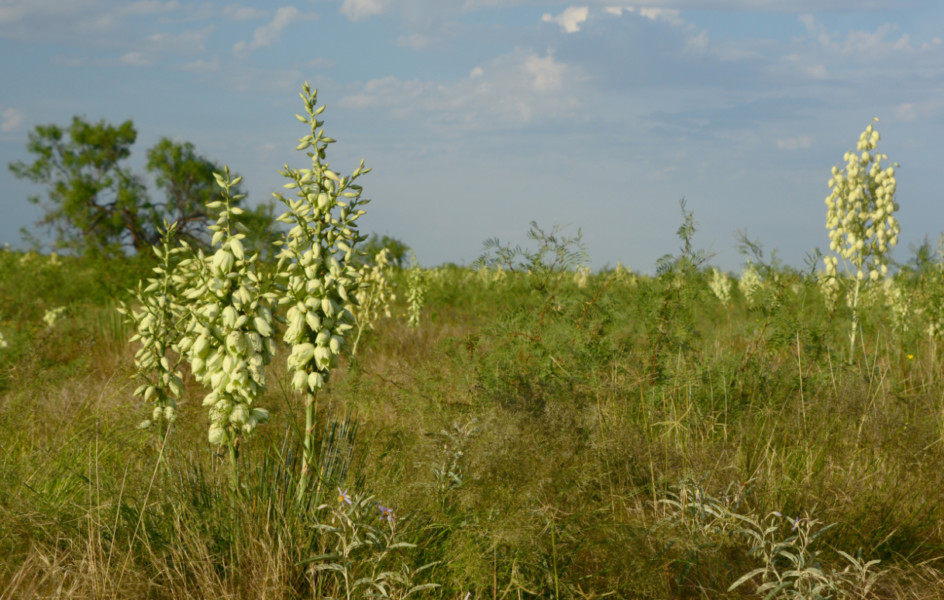 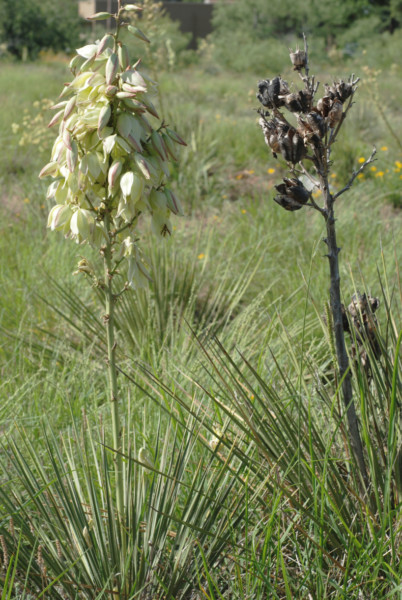